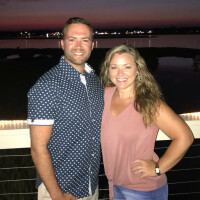 Jesse Watkins has served as the Lead Pastor and Preaching Pastor at Friendship SBC for 9 years. Previously, he has served as a Youth Pastor, Associate Pastor, and Pastor of Young Adults and College Students. He also spent 12 years serving the North Carolina Air National Guard as a Jet-Engine Mechanic.

Jesse attended Wingate University as a Major in Music and Psychology for several years.  He eventually graduated from Liberty University with a Bachelors's in Christian Counseling.  After that, he graduated with a Masters' Degree in Theology from Liberty Baptist Theological Seminary.  He has been married to his high school sweetheart, Tyler for 15 years.  They have three wonderful children.  Jesse enjoys writing music, collecting books, and cooking BBQ on the smoker.

Avery Canfield is a graduate of UNC Charlotte, with a double major in History and Math. He is currently pursuing his Master of Divinity at The Southern Baptist Theological Seminary in Louisville, KY.

Prior to becoming Youth Pastor, Avery served as the Youth Ministry Intern for 4 years during his College Career. He married his wife Brittany in 2020. They have a wonderful son named Augustin. Every Wednesday Night, you will find Avery in the Youth House teaching God's Word to about 20 youth from different schools and homeschools around the county. In the evening, he enjoys beating all the youth on Xbox. He loves to play soccer and any other sport and he enjoys traveling. 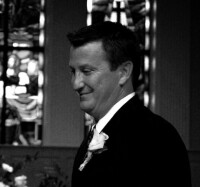 Dave Canfield - Husband, Father, Soccer Player, People Person.  For the previous two years, Dave has led the worship ministry of Friendship SBC.  But now that he has transitioned into the position of Connections Pastor, his heart is seeing that everyone person who walks through the doors of Friendship SBC feels warmly welcomed and ministered to.

Dave spent many years in the capacity of a youth pastor.  His heart is seeing all people, young and old, be transformed by the power of a Mighty Savior.  After a rough upbringing, the grace of God called David into a life of ministry, and also introduced him to his wife, Debbie.  He is the proud father of 3 children, and a breeder of Pomeranian puppies.  If you have any questions about Friendship SBC, do not hesitate to contact him 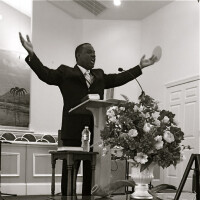 Pastor Jean Eneck Desir is a native of Port-Au-Prince Haiti.  Before 2010, Eneck worked as a school teacher in Haiti and an interpreter for mission teams.  After the devastating Haitian earthquake of 2010, Eneck left his wife and son and traveled to the United States to find employment.  For three years, Eneck worked in the US and supported not only his immediate family back in Haiti, but extended family as well.

In 2012, the Lord told Eneck to turn into the parking lot of Friendship SBC.  What started out as a simple invitation to join us at the church that night for a cookout turned into a two-year relationship, and eventually our church decided to get involved in the restorative process of Haiti.  In 2013, we began building our international sister church outside Port-Au-Prince named Friendship Baptist of Haiti.  And then in January of 2014, our church voted to commission Eneck as a missionary of our church and to support him financially so he could return to Haiti and oversee the many mission projects we have planned.  Eneck is simply a contagious individual whose heart, preaching, and character have impacted our entire church body. 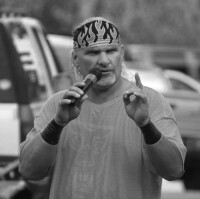 When you see George walking down the street, he doesn't look like your normal preacher.  That is because he is not.  George is a Pro-Wrestling star that has been in the ring with such stars as Rick Flair, The Italian Stallion, and Ted DiBiase.  However, one of his greatest thrills didn't happen in the ring, but when he had the chance to hand Hulk Hogan a gospel tract about the good news of Jesus Christ.

George South is an unashamed lover of Christ, and he loves to talk about Jesus.  Most weekends of the year, he is setting up his ring and traveling with the students of his training school called the Exodus Wrestling Association.  George ministers in churches, schools, and community outreach events.  To date, he has been able to distribute over 100,000 gospel tracts of which he personally wrote and had printed. They share the story of his salvation, and how the good news of Jesus can change anybody.

Friendship SBC is privileged that George calls us his church home, and we love having him in the pulpit to encourage us and motivate us toward evangelism.  You can find out more information about him at www.GeorgeSouth.com, and also pick up a copy of his book, "Dad You Don't Work, You Wrestle." 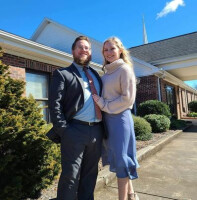 Dakota leads all things children's ministry here at the church. Your children will get to interact with him on Wednesday nights during AWANA and during children's church on Sunday.

He currently attends Fruitland Baptist Bible College online to attain his associate's in Religion/Christian Ministries. He married his wife Holly in April 2021! They have a wonderful son named Hank. Outside of ministry, he works part-time at a sign-supply warehouse. In the evenings he enjoys playing video games with his friends.