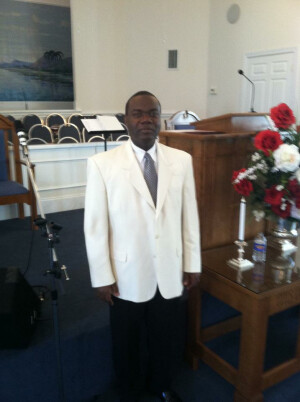 In January of 2014, Friendship SBC voted to Commission Pastor Eneck Desir as an appointed missionary to Port-Au-Prince Haiti.  This funding will be accomplished by re-directing 4% of the entire church budget to support the ministry of Friendship SBC internationally into Haiti.

There are 3 direct purposes that Pastor Eneck Desir will be overseeing:

In August of of 2013, we began construction on Friendship Baptist Church of Haiti by laying a 50 by 100 foot foundation outside of Port-Au-Prince in the Town of Marin.  Pastor Eneck will oversee the remaining construction and completion of Friendship Baptist of Haiti by communicating with ministry leaders in the states to identify remaining needs in the building process.  This church is currently hosting over 100 worshippers 4 times a week that meet under a tarp.

The plans are to dig 3 wells in the cities of Marin, Port-Au-Prince, and Canaan.  The freshwater well in Marin will be located directly beside Friendship Baptist of Haiti.  The church would have full supervision of this well, and the dispersement of fresh drinking water to the community.

Secondly, there will be a freshwater well dug adjacent to Evangelical Baptist in Canaan.  Canaan is a village of over 20,000 people living in temporary shelters after the Earthquake.  Children there have very little access to drinking water, and what they have access to is not clean.  Evangelical Baptist would have full supervision of this well, and it would be located on the property of the church, so that no one else could overtake it.  They would have supervision of the distribution of this freshwater well into the Canaan Community.

The last well is a future project, that will be adjacent to a missionary housing facility in Port-Au-Prince.

The final project is a long term project to finish the construction of a Missionary Guest House in Port-au-Prince.  This house would be able to supply accommodations for 20 - 30 missionaries, including areas for toilet access, and bathing.  Pastor Eneck and his wife Alliete would be the supervisors of this guest house, and all future mission teams would be able to stay cost-free.

Friendship Baptist in Concord, NC will host a commissioning service for Eneck Desir on Sunday evening, March 30th, at 6pm, followed by a fellowship meal.  He will permanently depart back to Haiti in the middle of April.